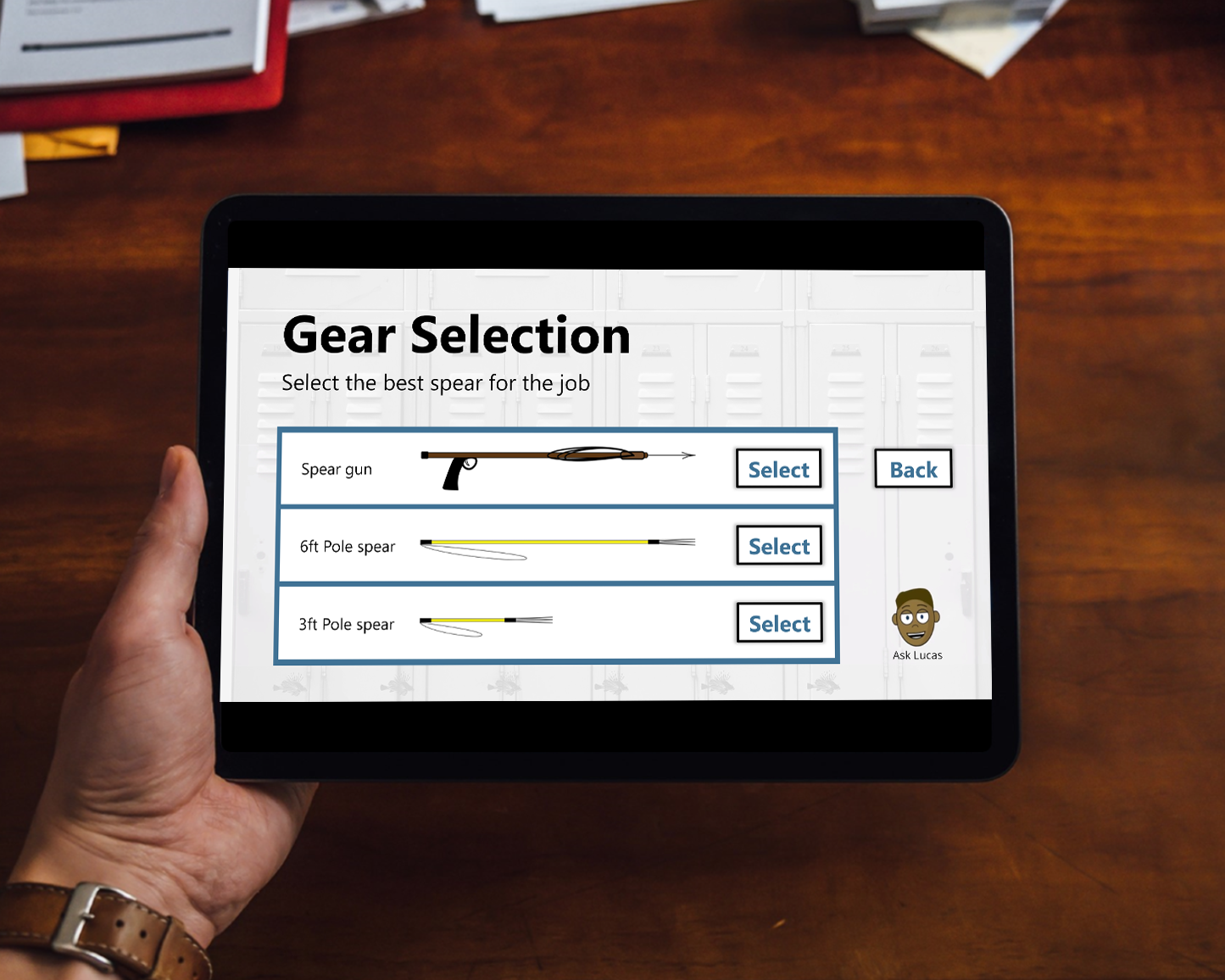 ARC Environmental Protection is a fictitious company representing organizations that train diving scientists to eradicate invasive lionfish.  New staff routinely select inappropriate tools for the job, do not use safe techniques, and fail to perform appropriate first aid when accidents happen.  Safety concerns include handling spears and venomous fish, while financial considerations span lost work due to accidents, and the rising cost of training as more site locations are opening up across the entire Caribbean.

I proposed an analysis of the most common mistakes and most serious consequences, followed by implementing a scenario-based online learning solution to cut down on accidents and save on training costs.

After assessing the pitfalls of new employees, I identified the areas that were appropriate to address with eLearning.  I developed an action map and then typed up a text-based storyboard with a complete script.  After the first review cycle with feedback and approval, I created visual mockups, a visual storyboard, and a functional prototype.  After another review cycle, I made the final product you see here.

For this project, I acted as a subject matter expert, drawing on my decade of experience collecting lionfish and teaching others to collect them safely. The project's ultimate goal is in the center, and it branches to the decisions/actions that users need to make,  the different choices that employees are faced with in real life, and an explanation of each choice.  This way of modeling the course allows every interaction and every slide to clearly and directly relate back to the project’s primary goal.

Once the action map was complete and it was clear which actions, choices, and consequences would be included in the course, I wrote a text-based storyboard.  It included the text for every text box and the script for the recorded narration.  This storyboard in its entirety allows clients to see word for word exactly what is included in the project.  The storyboard, upon its completion, was sent off for review and feedback.  Once there was consensus, I began developing the visuals.

A note about content: every organization does this training differently.  There are different techniques and different equipment used from organization to organization.  This module represents what ARC Environmental Protection Agency has established as their own company policies.  If you are looking at this project as a diving professional with experience in this area, understand that the policies in this course reflect the rules of one organization.

For visual mockups, I used Adobe XD to create and iterate the look and feel of the slides, creating a custom theme and template for what the project would become. As I neared completion of the mockup, I moved everything into Storyline to refine the states of the buttons and start building triggers.

I strive to have consistent artwork that accurately depicts the gear seen on the job.  I did not want to raise the project’s expenses, so when I could not find the exact artwork that met my needs, I opened Adobe Illustrator and started creating.  All background images and some of the icons are royalty-free images, but the artwork below is all original

The visual storyboard includes basic information about the layout of the project such as fonts, colors, and button states, but also goes into every slide in complete detail with slide titles, media files, all the text, what buttons are included, notes for a programmer, and images of each slide.  The storyboard breaks down each slide, where layers are used, triggers, and variables (seen in later slides).

At this point, I began to create the prototype.  The prototype consisted of the same slides in the visual mockups and the visual storyboard: title, intro, two complete scenarios, and an outro slide.  This is where the project began to come to life.  By programming the states, triggers, and variables, I was able to get a feel for how it would truly feel when completed.

As part of the prototype, I included an animated character.  I believe in Clark and Mayer’s personalization principle that describes how people learn and retain information better from a human voice than a robot voice, so I committed to recording the audio myself.  To have an engaging experience, I created a character to be the training manager to guide the learner through the process.  Starting with a stock puppet, I changed the hair, skin color, clothing color, and age in Photoshop.  Once I was satisfied with my character, I recorded the audio and added motion to his body to make him appear more realistic.

At this stage, it was time for another feedback cycle.  I submitted the interactive prototype for review, asking for specific types of feedback.  The content had already been approved, so I requested feedback about the look, feel, and overall experience.  Constructive responses came back like adding a progress bar (which I did in the form of lionfish), some text additions and removal of text, adjustments to audio levels, etc.  I implemented the appropriate changes and moved on with the project's next phase.

After getting the green light, it was smooth sailing to the finish line.  I have extensive experience with Storyline, and after the prototype was complete, it was a matter of scaling it out and building up the rest of the variables, triggers, and slides.  I chose to use the combination of cue points and layers, so each slide ended up being reasonably complex between the text, visuals, animations, “progress bar,” and mask layers.

It is essential for employees taking this training to genuinely grasp and remember the material here, so I decided to do two things:

For this training to be a stand-alone lesson that could be implemented without an LMS, I wanted to integrate a certificate of completion into the course.  Articulate has some capability to print results, but I wanted a custom branded PDF, so I used Illustrator and created a certificate, then used JavaScript to print the learner’s name and date on the certificate and export it for download as a PDF.  The certificate is accessible for learners that earn 100% (with no limit on the number of attempts), but in the demo mode, I included a button that allows you to see the certificate even if questions are missed along the way.

From here, I would evaluate new employee performance regarding safety.  With organizational accident/incident reporting, it is simple to track how effective the eLearning solution is.  An analysis of future accidents would be the guide for tweaking the design and developing a more updated course that meets the client's needs not just in one moment in time but year after year.  Furthermore, I would compare the company expenses on training costs before and after the course's implementation and the savings of employees not having accidents and needing time off to recover. 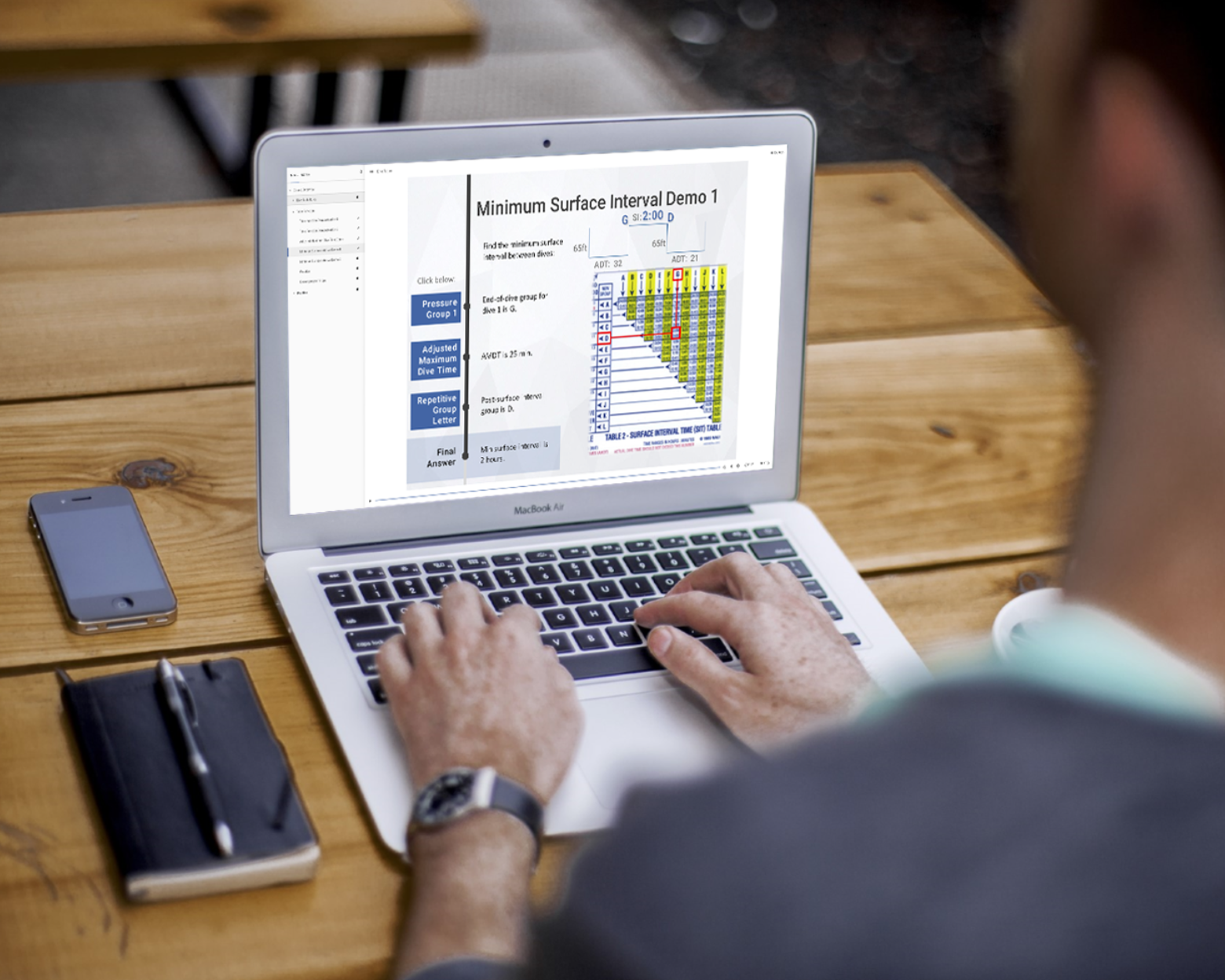 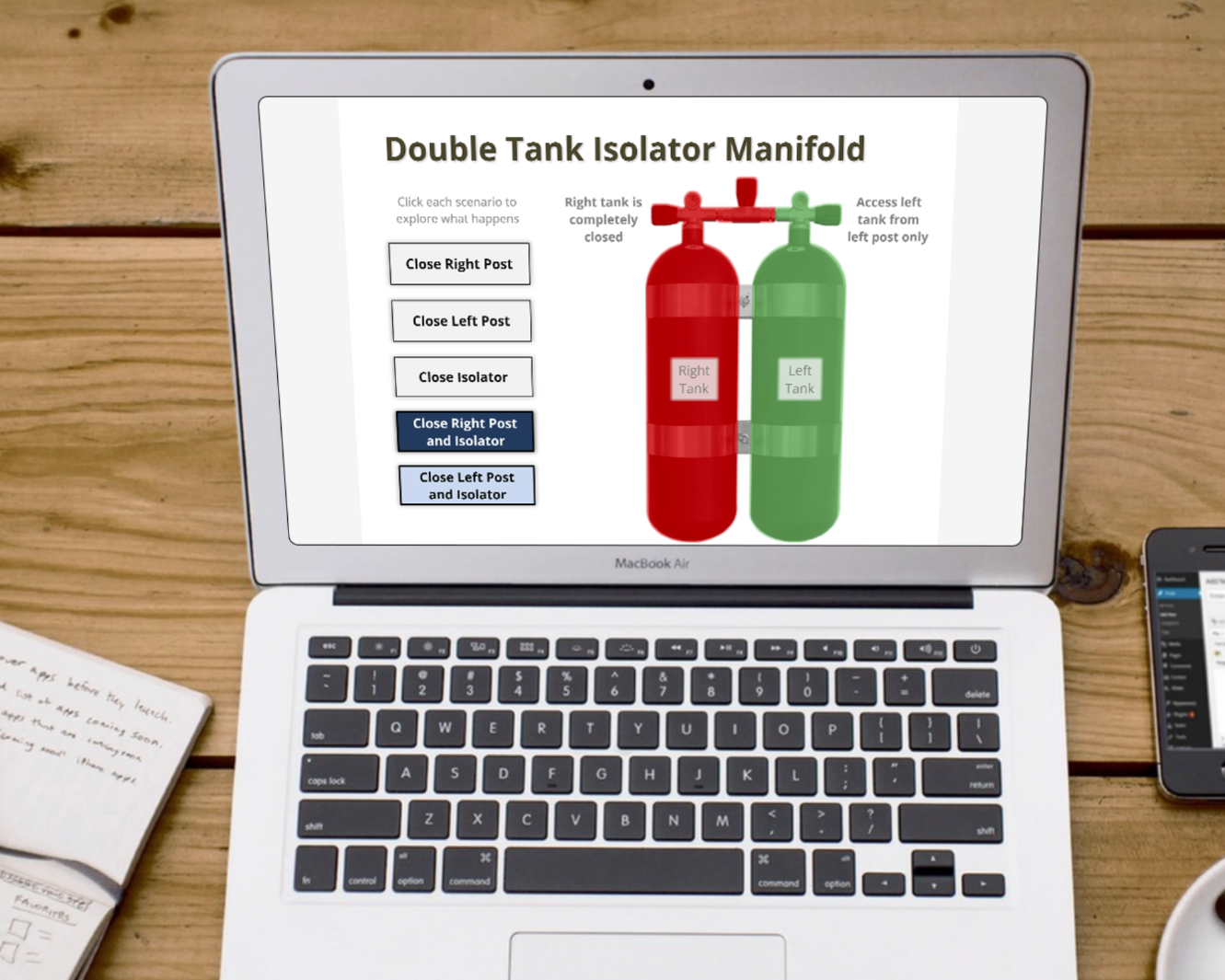 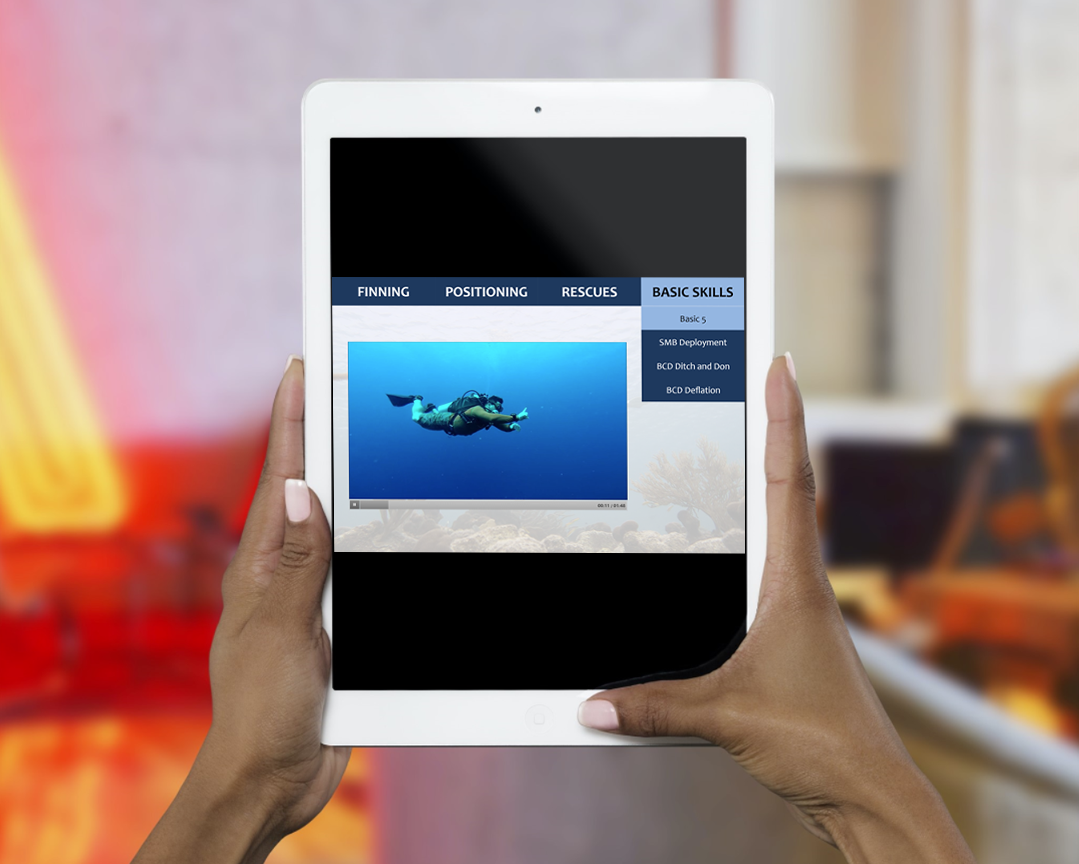